This is the locations of the bolts.

I dig it! Well done Pete and the folks at Airkewld.

What’s up AirkewldArmy, it’s your friend Pete with Airkewld with the 3rd video of a new series we are putting together showcasing the stance of Classic Volkswagens and the specifications to achieve something similar.

Because we all have different tastes, this might not be your jam, but rest assured, the PRO’s can help!

Today, we are showcasing a 1960 Karmann Ghia out of Florida that is equipped with Air Ride that allows for adjustments all the way down or all the way up or anywhere in between.

To achieve a similar stance under your pre-69 Ghia, a complete Air Ride Kit with a 4” narrowed beam, drop spindle and disc brake combination is required up front. In the rear, the client chose a Long axle, short spline transaxle, from a 67 Beetle and disc brakes.

Wheels are 17×7 all around with 205-40-17 tires front and rear. Back spacing on these wheels are 5.5”all the way around and are EMPI Repo Fuchs in their Chrome Finish.

All these specs can be found in the credits at the end of this film as well as in the description below.

Additional Photos (for sale here as of publish date)

Let’s take a look at the 20 years of Karmann Ghia.

This place only ships to mainland UK, but their site does have a lot of body part and trim references that might come in handy for research and such. I’m linking here just for future use. 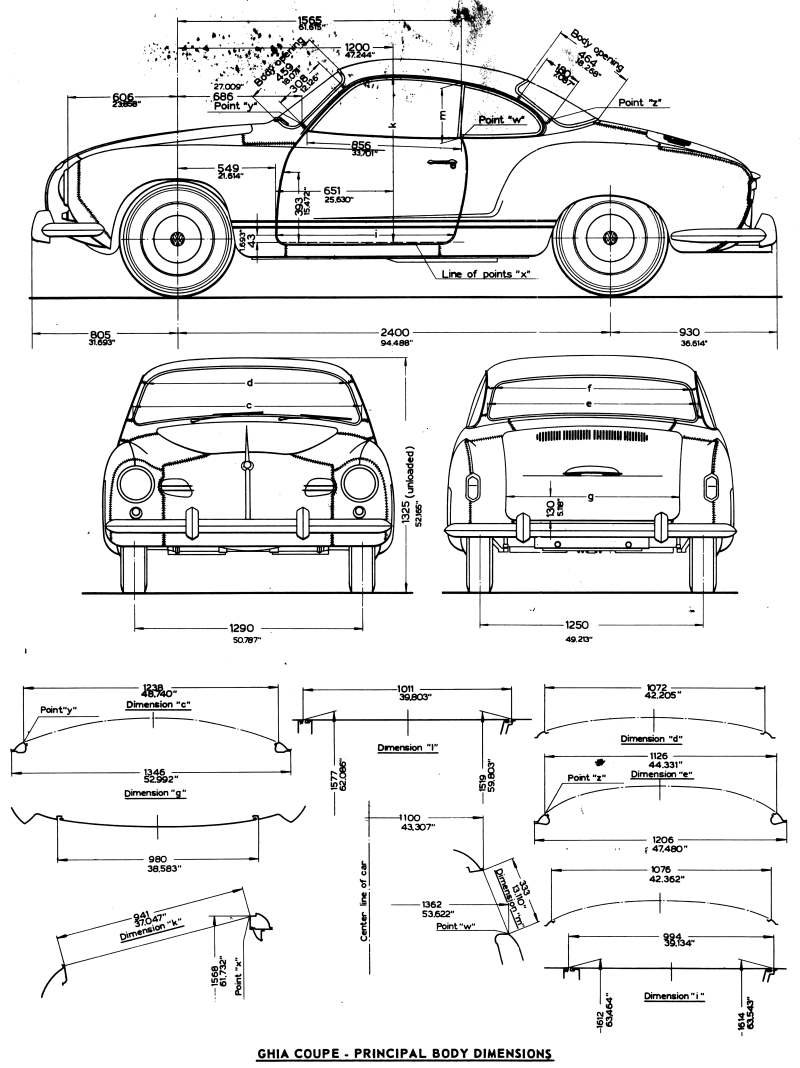 3-wire feeders to detached structures that had no other parallel metallic pathways(eg. conduit, water and gas piping, communication cabling, etc.) were allowed up until the 2008 NEC code cycle.

From then on, 4-wire feeders have been required.

4-wire feeders to panels in attached structures have always been required. 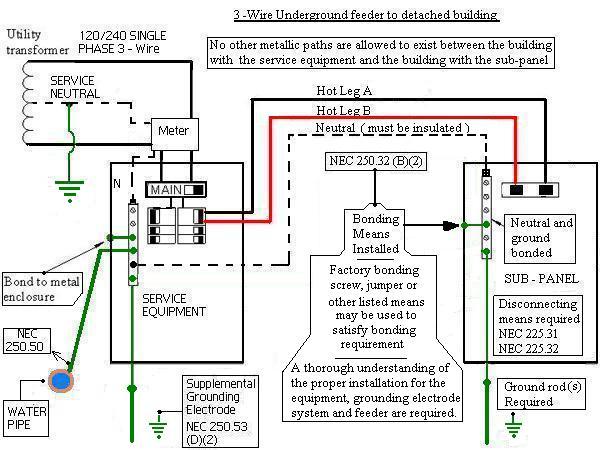 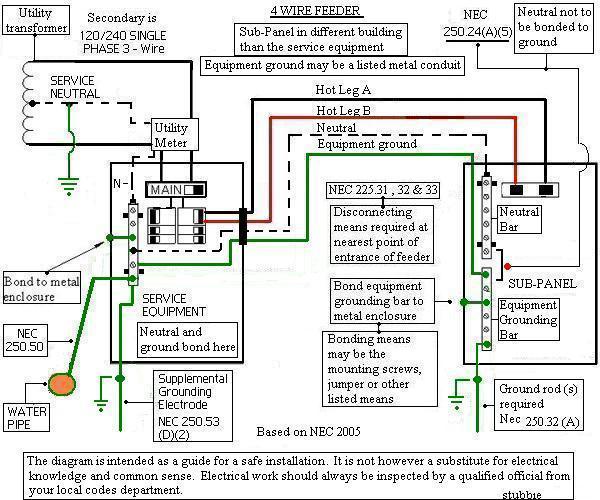 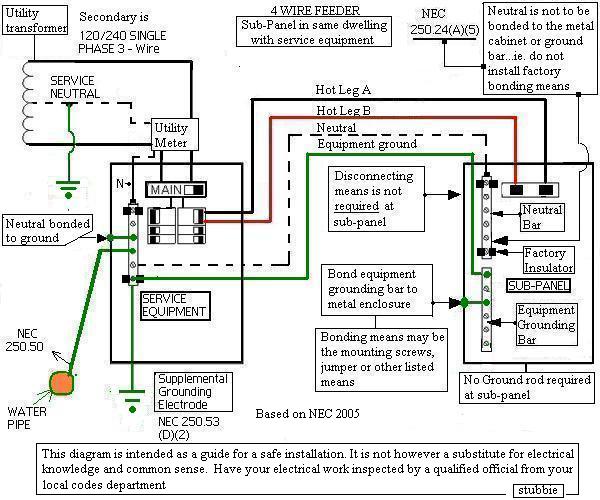 By taking some easy preventive measures, your driven show car will stay in tip top shape when not on the road.

One of the most basic precautions you can take for your vehicle is to keep it securely stored. A vehicle left out in the elements is vulnerable to exterior damage. Not to mention, idle cars are a favorite hiding spot for little critters to build nests and wreak havoc. If possible, keep your vehicle stored safely in a garage, or at least under a car cover.

A car battery can last up to five years in storage if a full level of charge is maintained. In the situation of a long-term storage, it’s probably best to remove the fully charged battery and store it in a cool, dry place. Another option is to purchase a low voltage trickle charger that automatically maintains the battery in a constant state of readiness.

The alternative to both of those methods is to install a main power switch. These are often used in marine applications, but they also work well on automobiles. When not using the car, turn off the battery. This isolates it from the parasitic drain of the various onboard systems. When you return, rotate the master switch to the on position, and the vehicle is once again ready for service.

Lube Is Your Engine’s Best Friend

In any type of storage situation, whether it’s long-term or short-term, it’s a good idea to have fresh oil installed. This new engine oil is rich in additives that help protect against corrosion and wear. To achieve the maximum benefit of these additives, crank the motor up to circulate the lubricant once or twice a month. This will also help keep the internal seals and gaskets from dry rotting and deteriorating.

Fuel degradation is another common problem facing rarely driven cars. All fuel will degrade over time. In fact, the latest wave of ethanol-blended fuels does not store well at all. This isn’t a problem for drivers who run through a tank of gas within a three-month period of time, but go longer than that, and you could run into problems. The last thing you want to do after the car has been stored is to pull and flush the gas tank before you go for a ride. Thankfully, there are certain things we can do to extend the life of this petroleum product.

In a storage situation, moisture intrusion is an issue to contend with. As the tank goes through its normal temperature changes, moisture droplets form on the surfaces not submerged in gas. For this reason, it’s recommended to fill the tank with an ethanol-free gasoline before you park the car for the last time. These ethanol-free fuels have a much longer storage life than their blended counterparts. Gas stations throughout the United States offer corn-free products for small engines and boat owners. You can go to pure-gas.org to find a station near you that offers pure gas.

Finally, if you’re not sure how long the car will sit, take an extra step by adding the recommended amount of a fuel stabilizer product to the tank. A tank full of ethanol-free gas with a fuel stabilizer additive can last up to five years without significant degradation.

Get Pure-Gas.org on your mobile device!

Volkswagen Karmann-Ghia year-by-year changes were particularly languid when it came to the styling, packaging, and marketing of the cars, though both the coupe and convertible had their fender lines and headlamp height raised slightly in 1959.

That same year, Karmanns got a new steering wheel that was dished for safety, and a hydraulic steering damper to quell kickback. A vacuum-operated clutch was also introduced as an option, though sources differ as to whether availability was confined to European-market cars.

For 1961, horsepower jumped to 40 at 4900 rpm and the final-drive ratio changed from 4.43:1 to 4.37:1 to slow engine speed, through the ratios of first and fourth gears were tightened in an effort to preserve “acceleration.”

The 1600s were the quickest Karmann-Ghias, capable of 0-60 mph in about 21 seconds and a top speed of around 82 mph. A switch in final drive for manual-transmission models in 1972 increased top speed to 90 mph. The 1600s also had better stopping power, thanks to their standard front disc brakes. When VW revamped its power ratings for 1973, switching from gross to net figures, the Karmann-Ghia was rerated to 46 horsepower.

Safety came to the fore in 1968 when, per new U.S. regulations, Karmann-Ghias adopted round side marker lights on the rear fenders, as well as an energy-absorbing steering wheel and steering column, and front seats with integral headrests. An external gas filler door appeared on the upper front bodywork.

VW’s semi-automatic transmission was offered as an option starting in 1968, and as on the Beetle, cars ordered with it got the new double-jointed rear suspension.

Demand was still relatively healthy into the early 1970s, but the Karmann-Ghia’s days were numbered. Karmann needed all the space it could find to build the brand new VW Scirocco sports coupe, and ceased production of the Beetle-based cars in 1974.

Concurrent with its production of the Ghia-styled, Beetle-based cars, Karmann also built a four-passenger coupe based on the Type 3 1500-series sedan introduced in 1961. This coupe was called the Type 34 and shared the wheelbase and air-cooled, rear-engine running gear of the sedan upon which it was based.

The Type 34, however, lacked the visual charm of the Karmann-Ghia models and it sold slowly. Buyers were cool to the styling, which had nice proportions and an airy greenhouse, but was awkward around the front where two large outboard headlamps and two smaller driving lamps flanked a metal Roman nose.

The Type 34 debuted in 1961 and was sold primarily in Europe. Ghia built a two-seat convertible version of the Type 34, but it did not go into production. With demand never very strong, production of the Type 34 coupe was halted in June 1969, after just fewer than 42,500 had been built.

It is the original Karmann-Ghias that introduced the world to the idea of a sporty Volkswagen. If the Beetle was the people’s car and the Volkswagen bus was the people’s van, then it might be acceptable to characterize the Karmann-Ghia as the “people’s Porsche.” Don’t try to race a Porsche with one, however. You’d lose.